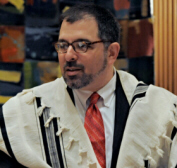 RABBI STANTON ZAMEKUJC Congregational Rabbi
Rabbi Stanton Zamek has been the spiritual leader of the United Jewish Congregation of Hong Kong since 2008. Prior to coming to the UJC, Rabbi Zamek served congregations in Baton Rouge, Louisiana and San Francisco, California. Rabbi Zamek was ordained by the Hebrew Union College-Jewish Institute of Religion in 1996, in the same class as his wife, Rabbi Martha Bergadine, the UJC’s director of Education and Programming. Rabbi Zamek and Rabbi Bergadine have two children. Prior to entering the seminary, Rabbi Zamek practiced law in Chicago, Illinois. He has a J.D. from Northwestern University School of Law.

RABBI LEE DIAMONDRabbi Emeritus
Ordained at the Jewish Theological Seminary of America, Rabbi Lee Diamond made aliya to Israel in 1971 and began his unique rabbinate as an Israel Educator for the Diaspora, serving as Israel director of the Alexander Muss High School in Israel, Associate Director of Israel office of the Union for Reform Judaism (URJ) and the North American Federation of Temple Youth (Reform – NFTY) Israel programs, and Rabbi of United Jewish Congregation in Hong Kong, upon Lee’s return to his home in Israel, he was appointed Rabbi Emeritus of the UJC.

RABBI MARTHA BERGADINEEducation & Programming Director
Rabbi Martha Bergadine has served as the Education and Programming Director of The UJC since 2009. She brings with her an extensive background in Youth and Adult Education having served as the Director of Formal Teen Programs for the Bureau of Jewish Education in San Francisco, as the Rabbi-Educator at Beth Shalom Synagogue in Baton Rouge, Louisiana, and as a faculty member of URJ Camp Jacobs. She also taught for several years in Florence Melton Adult Mini-Schools in San Francisco, New Orleans, and Baton Rouge. Before coming to Hong Kong, Rabbi Bergadine was the Executive Director of the Jewish Federation of Greater Baton Rouge. She has also served as the rabbi of Reform congregations in San Francisco and Mandeville, Louisiana.

Rabbi Bergadine was ordained by The Hebrew Union College in Cincinnati in 1996. She is married to Rabbi Stanton Zamek, and they have two children. 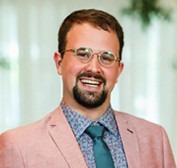 AYAL BEN ORCantorial Soloist & Programming Associate
Ayal grew up in the Israeli Reform movement. He and his family are longtime members of Kehilat Kol Haneshama and he was active in the Noar Telem Youth Movement both as a member and later as an advisor and summer camp counselor.

Ayal is a graduate of the Jerusalem Music School where he studied voice and saxophone. At Kol Haneshama he served as a service leader for Shabbat and High Holy Days and tutored B’nai Mitzvah. Ayal is also a certified Israeli Sign Language translator and has extensive experience working with special needs children. Before joining The UJC in 2018, Ayal lived in rural Nepal on a Tevel b’Tzedek Fellowship working in the areas of youth leadership, pre-school programming, and community development.